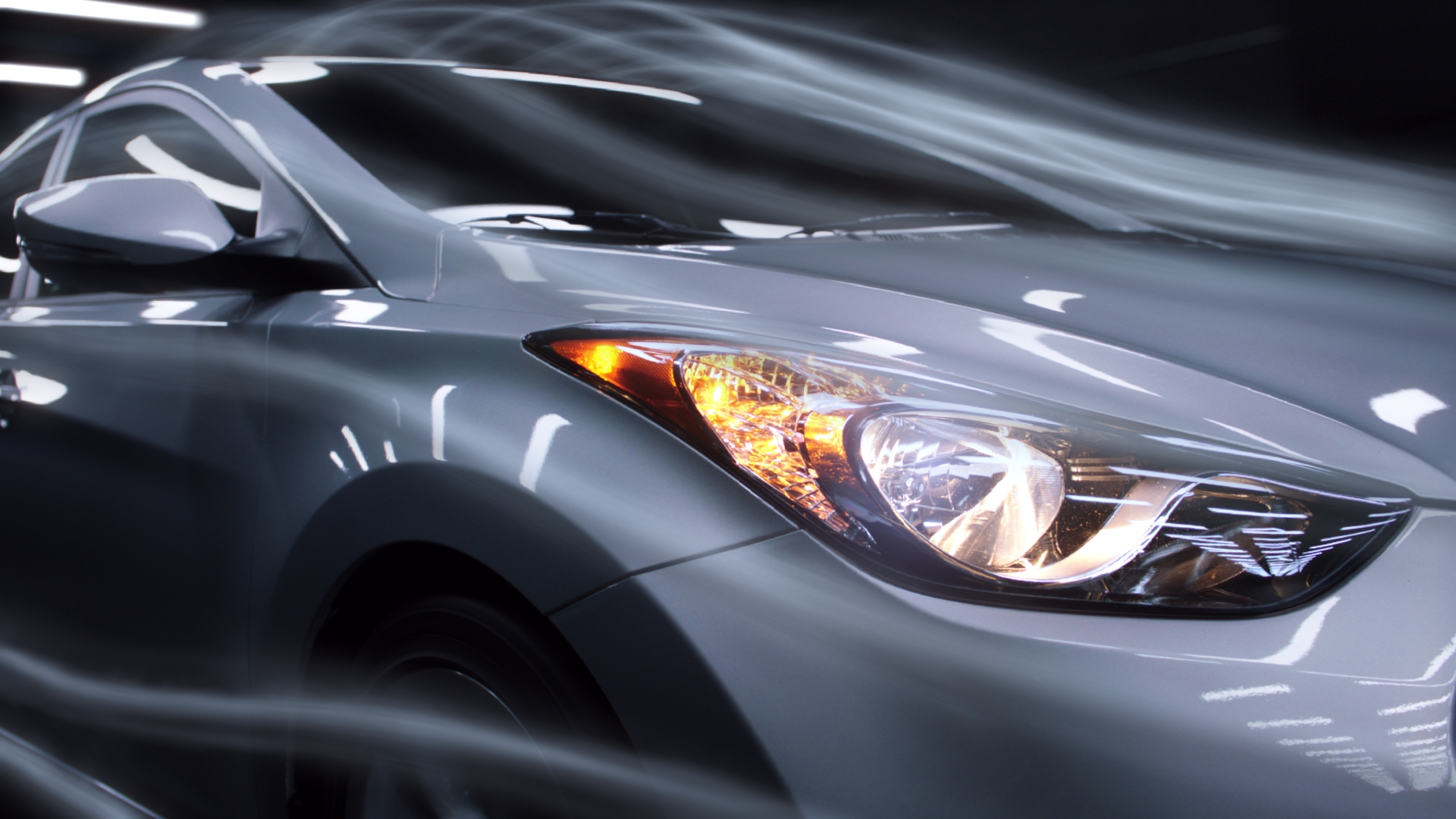 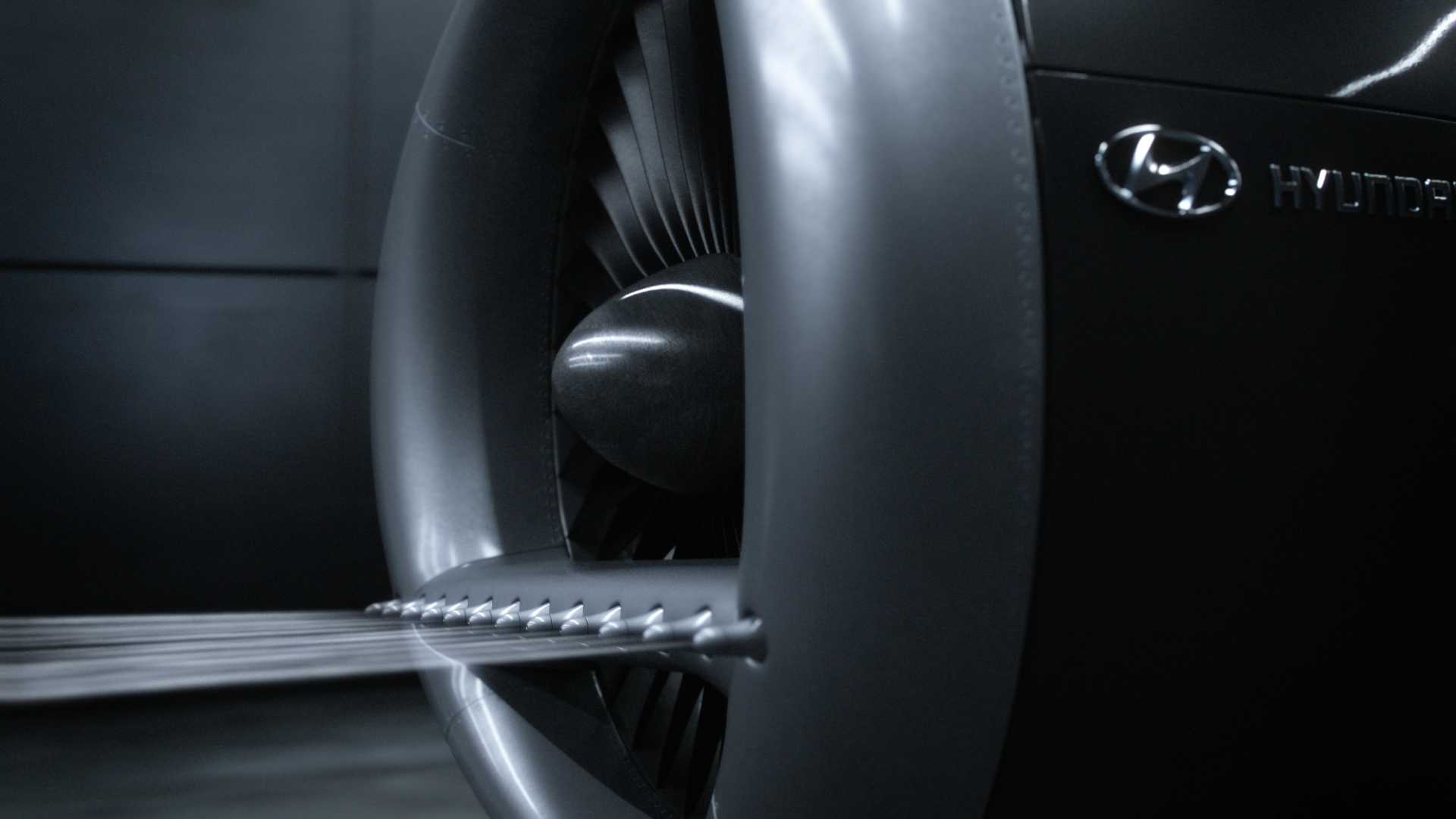 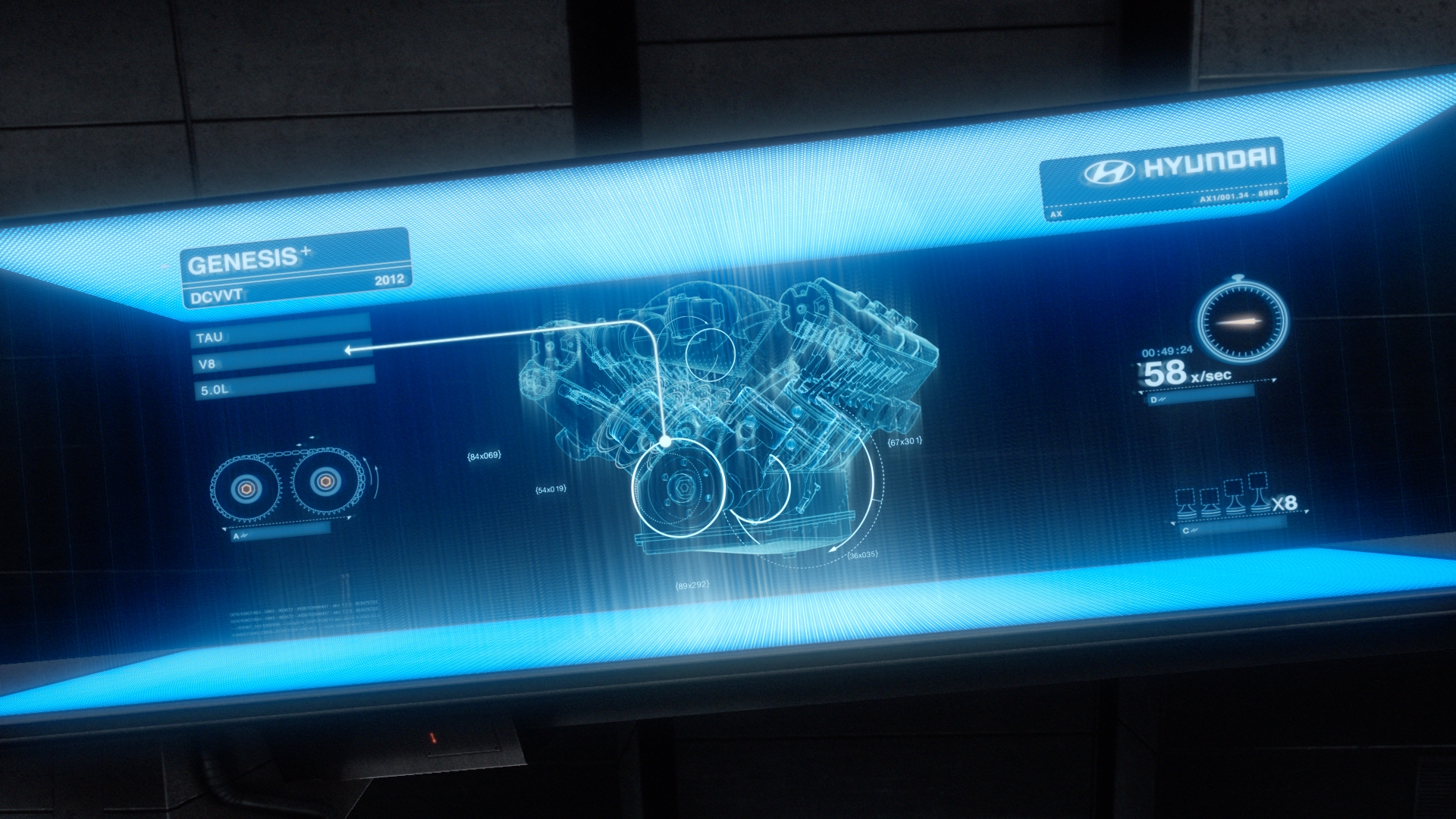 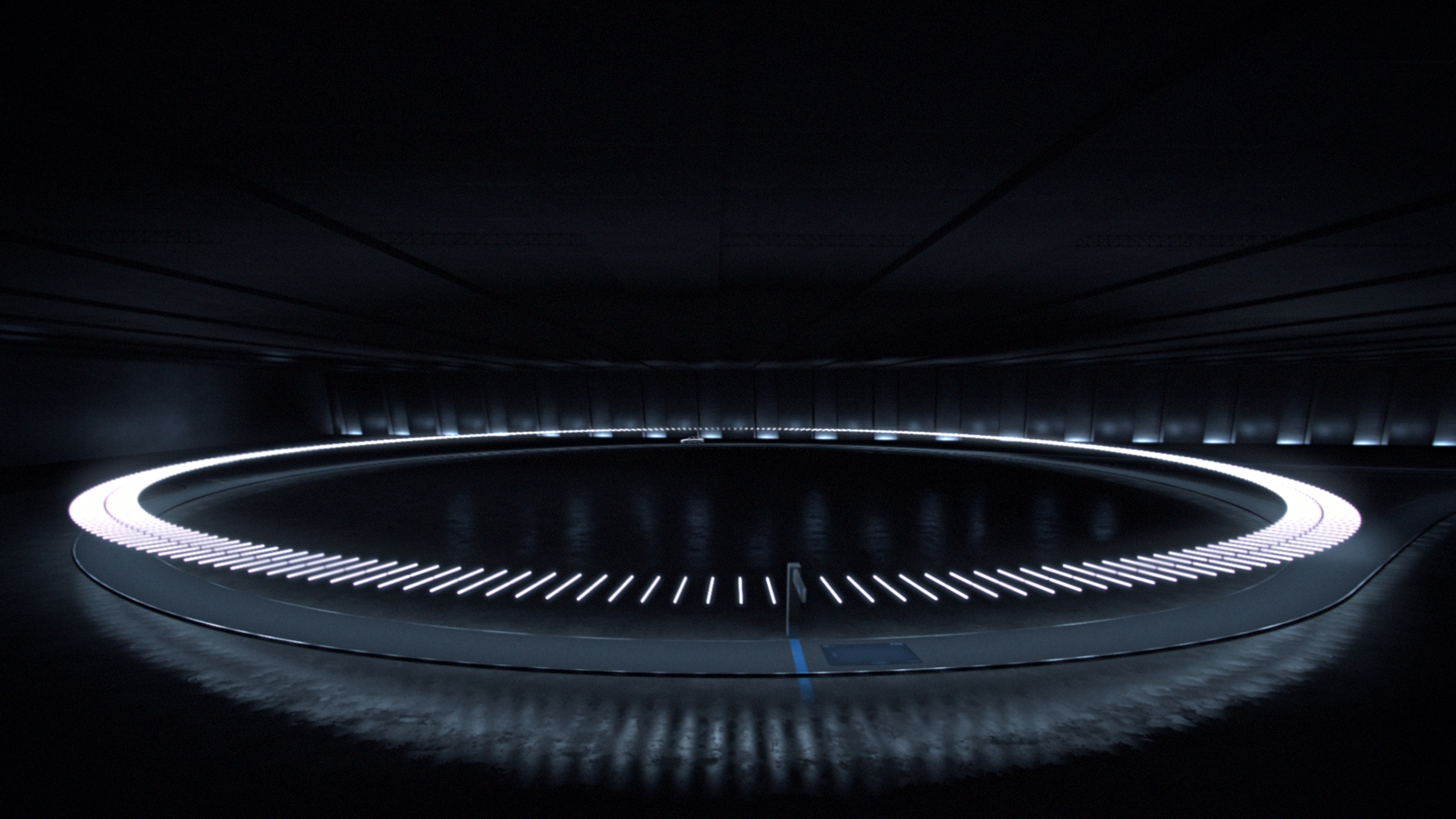 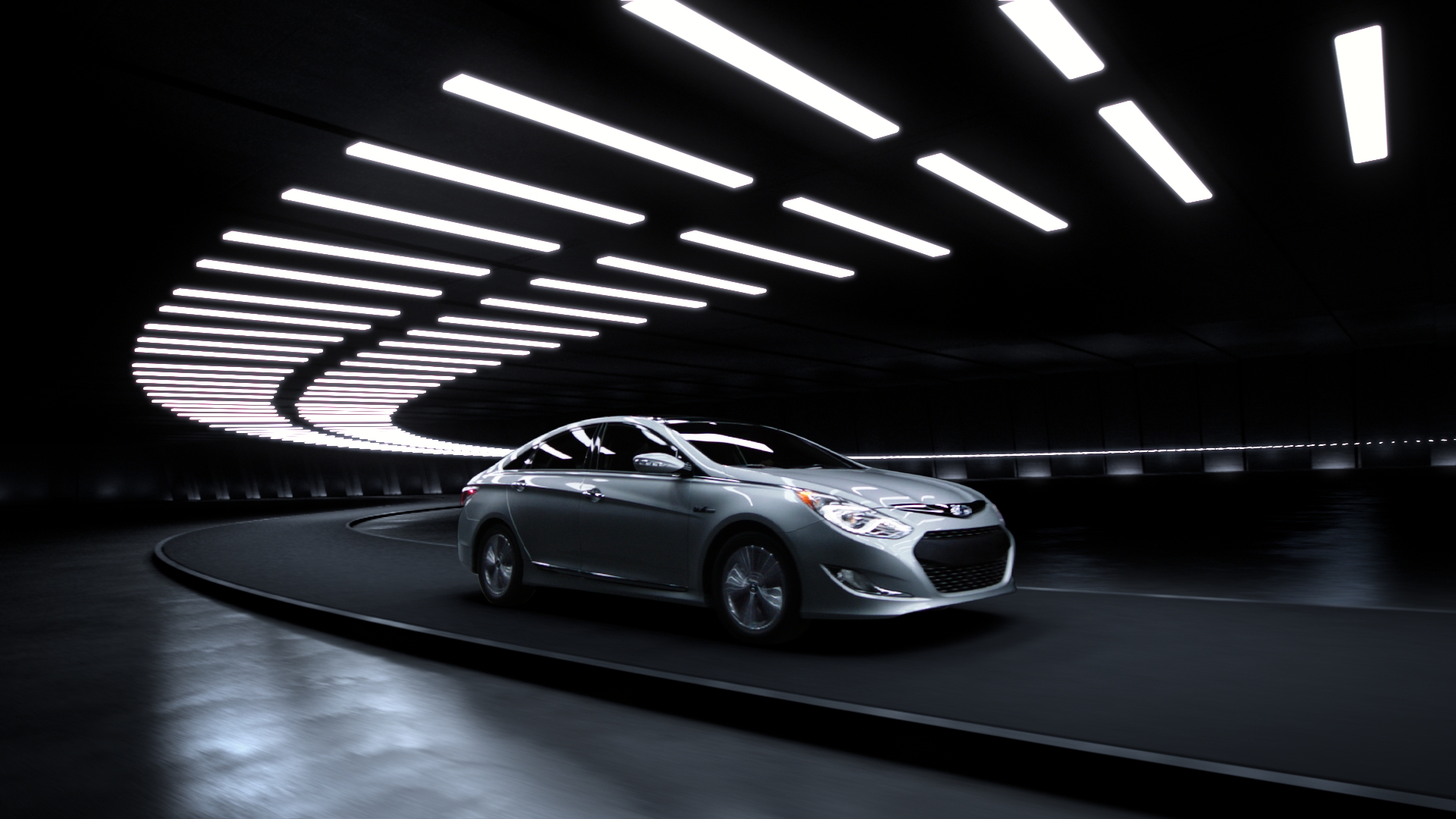 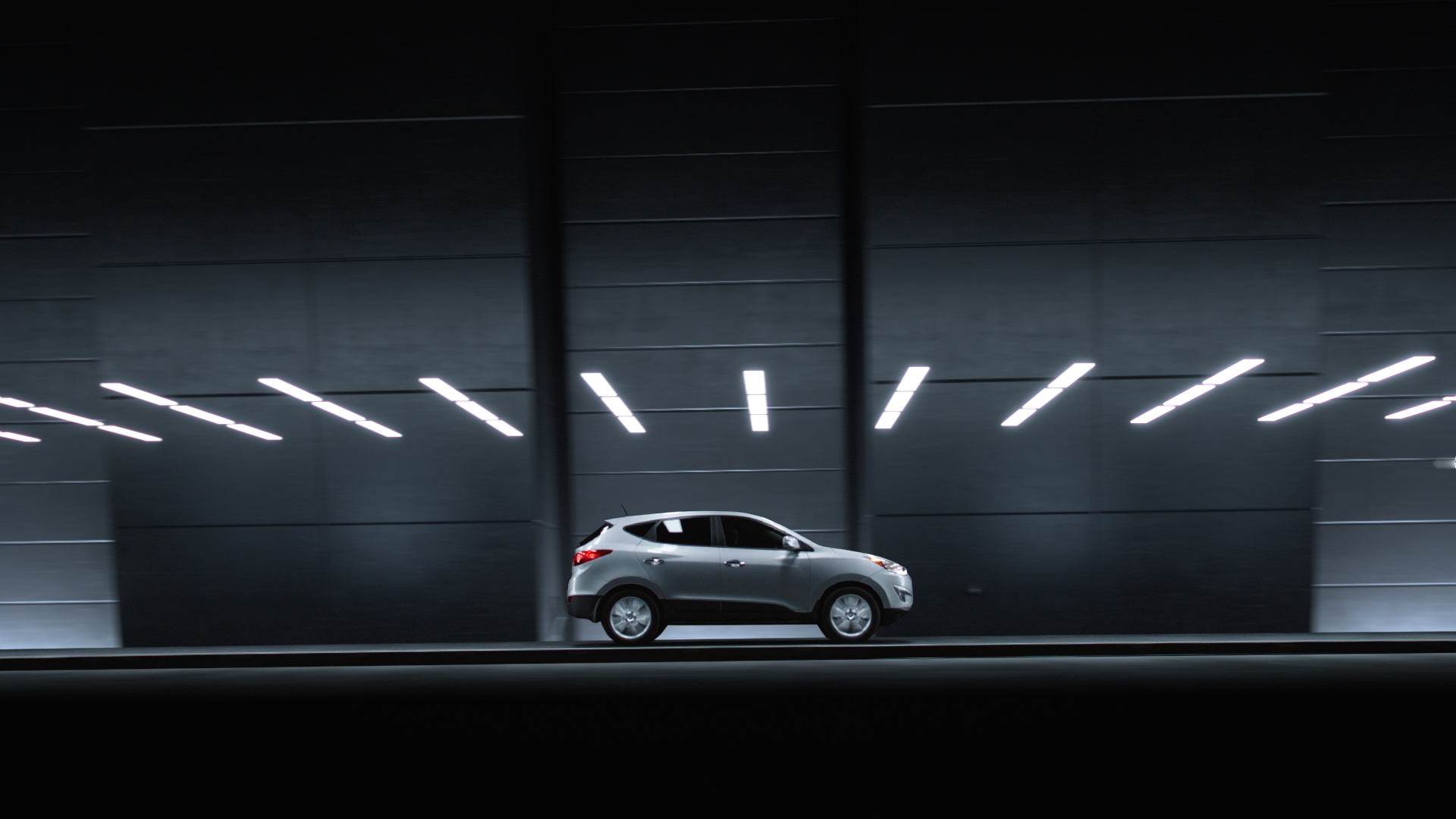 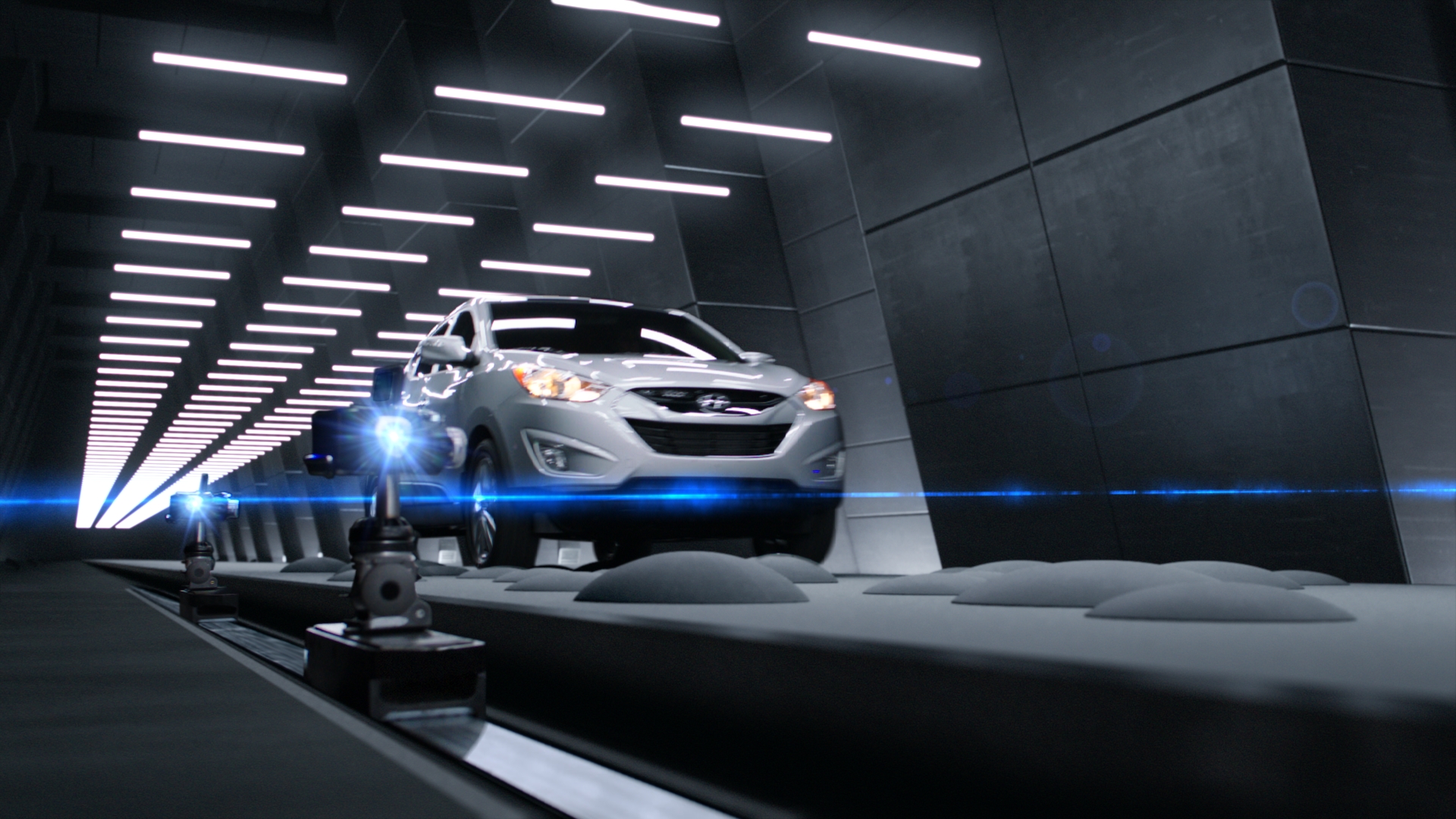 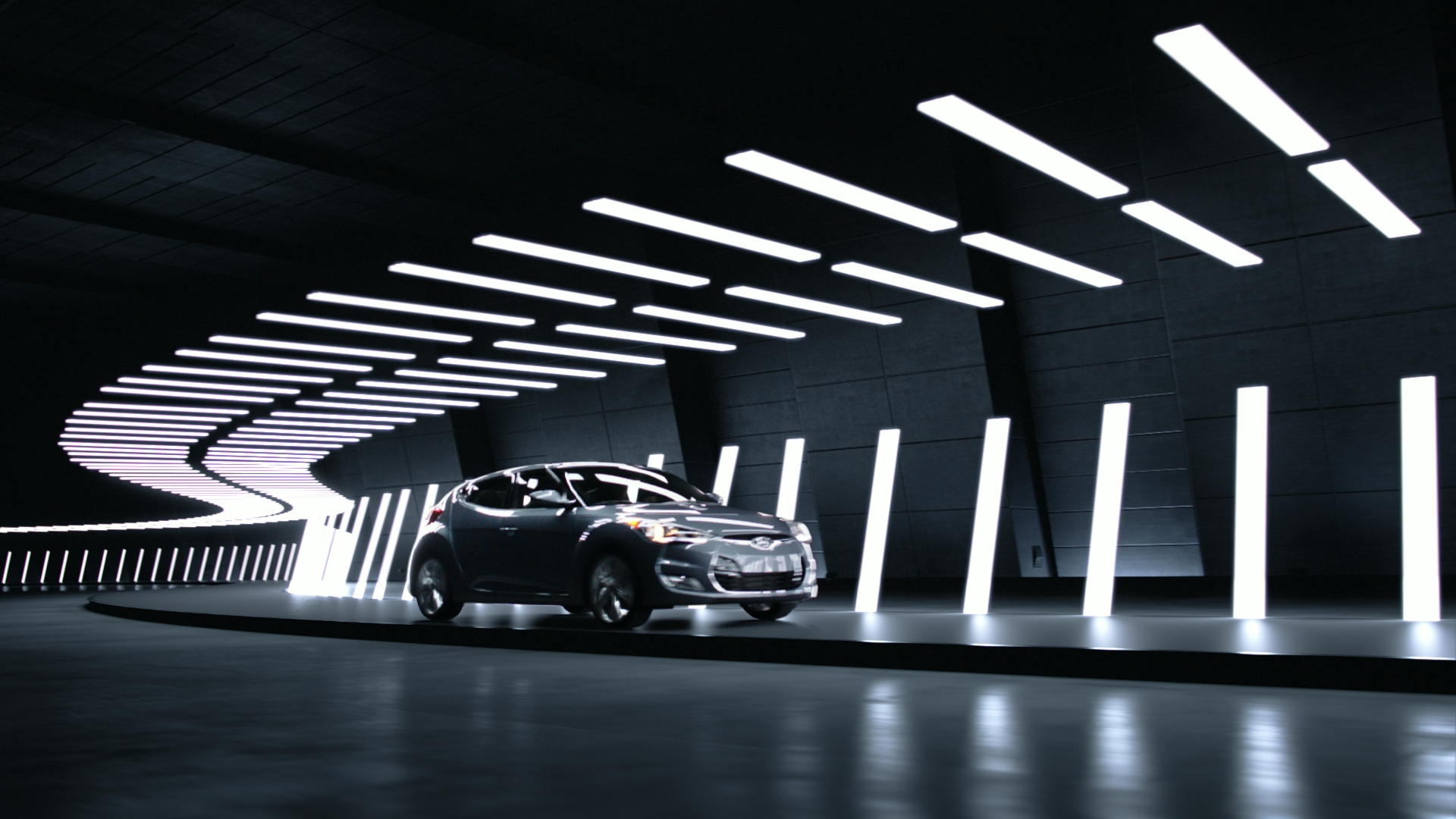 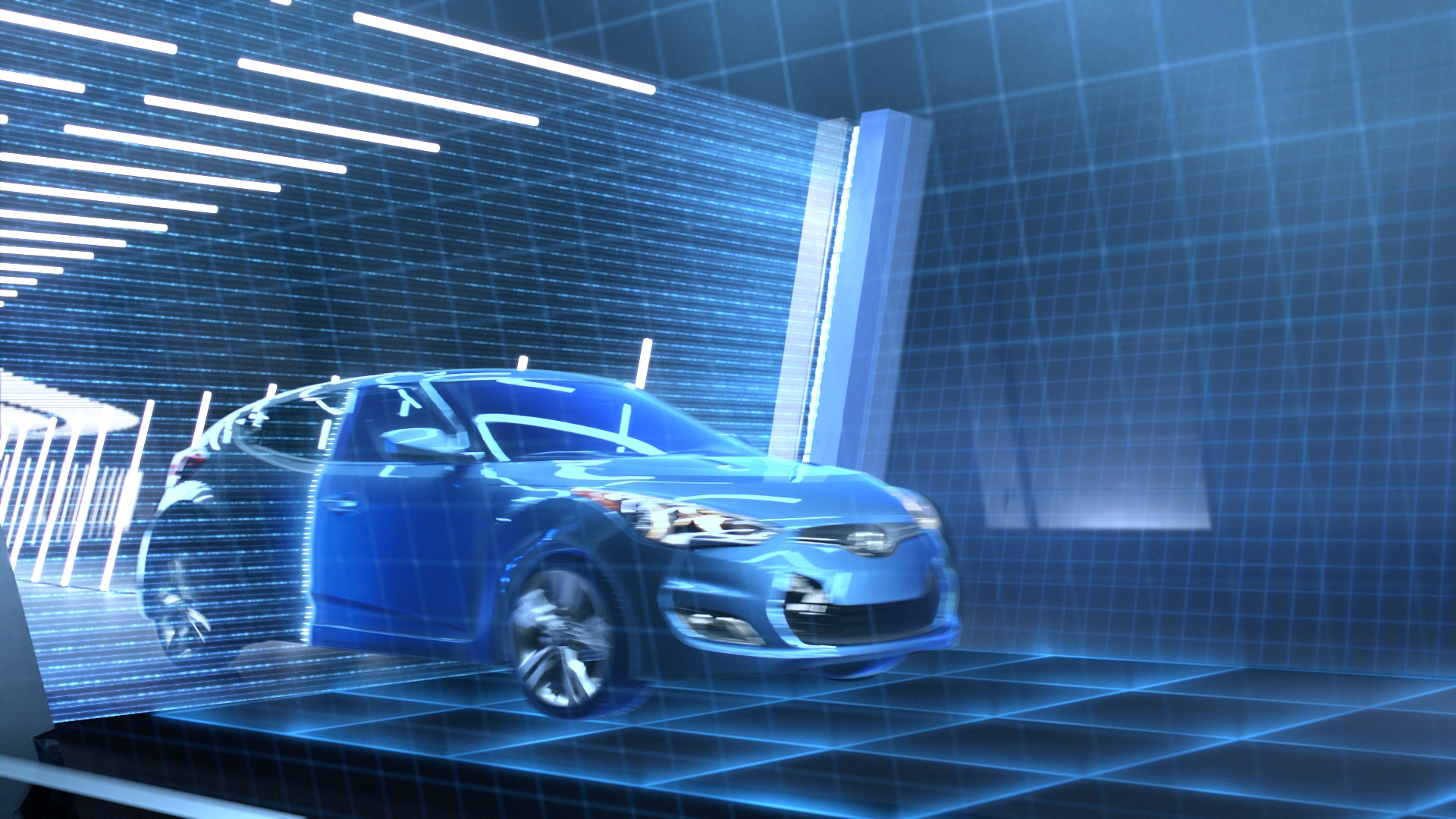 Dashing shows off the miraculous inner-engineering of Hyundai's vehicles as the cars cruise around a massive interior test track in a new five-spot campaign for Innocean Worldwide. Our bespoke approach to Visual Effects brought together some of the best talent from around the globe to develop and execute a gargantuan multi-disciplined effort.

Each spot features a Hyundai vehicle cruising through a surreally lit postmodern test facility of giant proportions as intricate graphics showing off the automobiles' machinations spring onto the screen. Veloster displays the car's dual-clutch eco-shift system as it travels through a sheet of liquid light, Sonata shows off the car's hybrid technology as it travels thousands of miles, and Tucson examines the inner workings of the SUV's suspension as it glides over a bumpy road. The vehicles travel towards a light and, as though appearing in another dimension, emerge from a suburban garage door, as narrator Jeff Bridges, summarizes the journey, "Just one of the engineering advances we've brought from our test facility to yours."

It was inspiring to create something conceptually strong that needed to be real and functional, without seeming too technical, sci-fi or overly designed, as many car spots can be. Director Rob Leggatt (Radke Films/MJZ) brought together an impressive team to design the foundation of this world we were creating. Production Designer John Beard (Brazil, Last Temptation of Christ) and Director of Photography Claudio Miranda (Life of Pi, Tron, Benjamin Button) confidently set the tone early on. Dashing was responsible for creating the entire world around these cars. Having a truly filmic foundation meant the CG needed to match that natural, cinematic energy.

Rather than hunker down in a technology bunker with a massive team to push out the heavy-duty effects, we employ a more dynamic, agile approach by uniting a highly-skilled onsite team of digital craftsmen with similarly skilled artists working remotely around the world. There's alot of hype about this new paradigm of VFX production, but the reality is there hasn't been a real working example in advertising and certainly not at this scale. Small teams of creative experts truly can deliver incredible results if you give them the right tools. This project distilled the fact that exceptional, creative visual effects depend on the individual artists, the digital craftsmen — not a big established brand. We were fortunate to have our dream team, assembled from years of experience working worldwide.

Faced with a tight timeframe for a large project, we knew we would have to streamline the process. Previs and storyboarding took place simultaneously in studio and on location and continued during the seven day shoot. We had dedicated tracking and previs teams on set. Editor Chris Van Dyke (School) was with us as well. Because we shot digitally, we were able to have edits approved and tracking and rotoscoping started within days and even hours of the shoot. The team was assembled from artists worldwide based on their individual expertise and as needed we brought them to the production to guarantee a smooth collaboration. From plates to delivery, we delivered almost 100 shots of full CGI environments, design and animation in 8 weeks.